After the Bharatiya Janata Party recorded a historic win in Uttar Pradesh assembly elections, a host of prominent celebrities took to ‘Koo’ to congratulate the Chief Minister Yogi Adityanath and the BJP.

Madhur Bhandarkar, who has made movies such as ‘Chandni Bar’ and ‘Fashion’, posted: “Congratulations @myogiadityanath ji on your sweeping victory at the election! The future of UP looks bright and beaming with hope of greatness.” 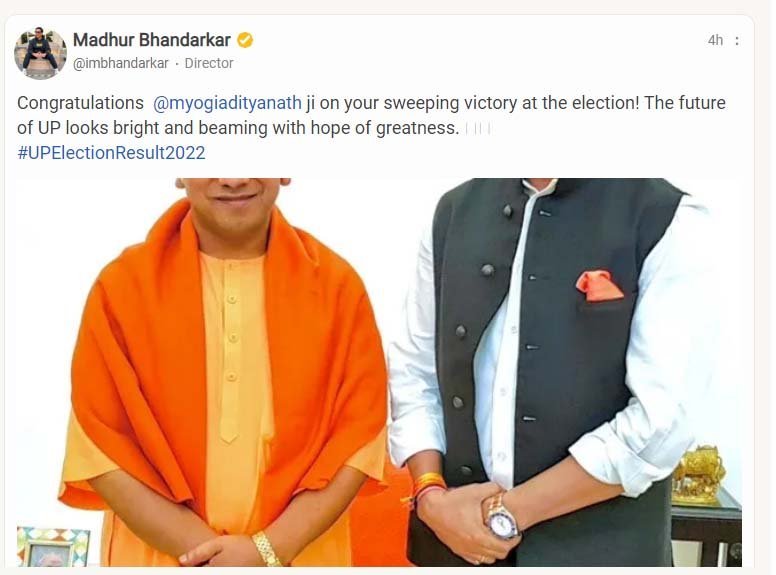 Prominent film director Subhash Ghai congratulated voters for not falling into the trap of petty or false issues. “ELECTION RESULTS TODAY SAY IT ALL. Voters have woken up and refused to fall under any political trap of petty or false issues. They have rather risen above their own interests to bring good governance in their states. Congratulations voters and winners in all states. Jai Hind,” he wrote.

India@ 75 to witness a Political Renaissance and Greatest Surprise!