Kolkata, 29 June: On the occasion of Rath Yatra, Star Manch, India’s first karaoke app has just released its iconic solo “Nayanapathagami” based on the occasion of “Rath Yatra” on 29th June, Wednesday. Voiced by Jayati Chakraborty, written by Rajib Chakraborty and composed by Ashu Chakraborty, the song is a melodious ode to the festival of chariots. 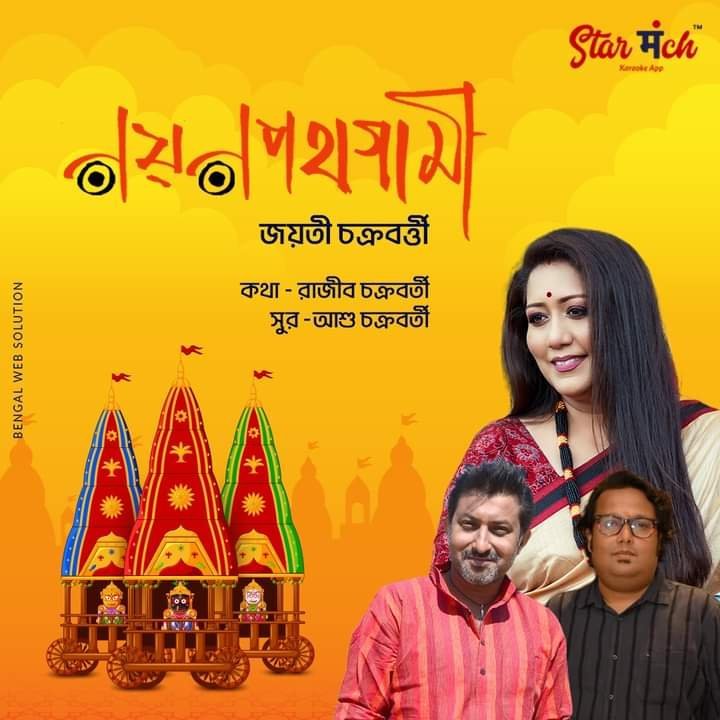 Star Manch has adopted the tagline ‘Baaro Maashe Tero Paarbon’ which translates to ‘Thirteen Festivals in Twelve Months’, following which they release a song for each occasion. Their songs that were released previously on Poila Boishakh (Song Name- Poila Shobaar Thaak), Rabindra Jayanti (Song Name-Sondhepakhi) and Jamai Shoshti Song Name- Soshti Made in Heaven) received a massive response from its listeners.

Randeep Bhattacharya, CEO of Star Manch said, “The phrase ’Baaro Maashe Tero Paarbon’ does not just represent the Bengali culture but is also very close to people’s heart. Moreover, there is hardly any song that is especially made for the celebration of Rath Yatra as of yet. Hence, Star Manch has come up with this melodious track to bring out the essence of this cheerful festival.” He also added, “We have planned certain digital content creation competitions based on this release and currently looking forward to it”