One cannot put Vivek Anand Oberoi in a box, his versatility cannot be defined by any one genre. Over his two-decade-long career, he has given us hits across genres, mediums, and languages. This time, as JCP Jayant Gavaskar in MX Original Series Dharavi Bank, we see him in yet another powerful role as a cop with gray shades.

Unlike the cops he’s played before – we see fury and rage driving his decisions but his conscious moral compass keeps him sane and helps him navigate tricky situations. How did he prepare for a role that requires such great balance? Director Samit Kakkad tells us his process and why Vivek was his first choice for the role. 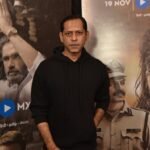 Samit says, “It is always a very enriching and fruitful experience when we get to work with actors such as Vivek who are aware of the pre-requisites and inner workings of the craft. He’s undoubtedly one of the hardest-working actors, and with his level of commitment from beginning to end, the process is made significantly simpler. The kind of preparation that he brings to the table is unparalleled. Vivek Oberoi is a brilliant one-take actor, he is a director’s actor, a rather intelligent one. We had no second takes throughout the shoot and if we did, it was for technical reasons like different camera variations and angles. He goes above and beyond for every shot; instead of using glycerin during emotional sequences, he genuinely brings the character to life and sheds actual tears. Working with him was an absolute pleasure.” 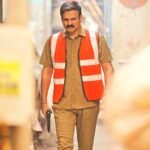 Speaking about his portrayal of JCP Jayant Gavaskar, Vivek Anand Oberoi said, “Jayant Gavaskar has a certain intensity which I wanted to channel through the portrayal. To do good, he doesn’t shy away from the bad and ugly. Jayant is a cop who has a ramrod straight back when it comes to delivering justice. He believes the end justifies the means regardless of the rule book. He is not one to back down in the face of a challenge. Samit and I have worked hard to make the scenes real, especially the ones which have been shot in the by-lanes of Dharavi. It wasn’t an easy shoot, it was challenging and that brought out the best in us. Samit is deeply passionate and has persevered to do justice to the essence of Dharavi on celluloid. He has walked through every gully and felt the pulse to bring it to life on screen like never before, it is an absolute pleasure to work with a committed creator like Samit“

With Dharavi Bank, MX Player brings to life the lesser-known world of Asia’s greatest slums, also known as Dharavi. Taking down a criminal organization is simply one aspect of Dharavi Bank but above all – it is the strength of the mettle of the protagonist’s mental and moral sensibilities which are all put to the test.

Petex India, the largest Pet Industry trade show to kicka off at Hitex