Hyderabad, August 14, 2022…. TSRTC organized Swatantra Bharata Vajrotsavaala Parade in the city today. An Albion Bus imported from London, commissioned in 1932 and still in working condition stood as a major attraction.

The Parade was composed of a music band, motorcycles, and an antique Albion Bus imported from London, commissioned in 1932. RTC staff showcased the cultural heritage of Telangana. The parade was flagged off from Rotary Park at Vivekananda Statue and ended at Ambedkar Statue. More than 1000 Public, Public Transport Patrons, RTC staff, and others joined in the parade. Mr. VC Sajjnara, Chairman and MD holding a big national flag marched along with the staff. The entire Tankbund was gripped with patriotic fervor.

This unique event was organized to Celebrate Swatantra Bharata Vajrotsavaalu and mark the occasion that will reinforce TSRTC’s contributions to the state and people of Telangana informed Shri Bajireddy Govardhan Reddy MLA & Chairman TSRTC & Shri V. C.Sajjanar MD of TSRTC in a press note issued in Hyderabad today.

Giving more details, Mr. VC Sajjanar added that the parade featured TSRTC buses that serve the public throughout Telangana and interestingly it featured Albion Bus imported from London and commissioned into service in the year 1932 which TSRTC still preserves as a remembrance at Bus Bhavan. The antique bus will be kept in a museum for great historic value to future generations, Mr. Sajjanar informed. The Albion Bus was in service during the years starting 1932 when TSRTC was called Nizam State Rail and Road Transport Department with a seating capacity of 19, which is still a pride for the corporation, he added

This parade was organized to symbolically reinforce the corporation’s commitment to the service of people in the state and continuously uphold the spirit of freedom in the years to come, he stated.

The TSRTC has also located and roped in two living legends of TSRTC who will join the 75years Swatantra Bharata Vajrotsavaalu celebrations at Bus Bhavan on August 15th. 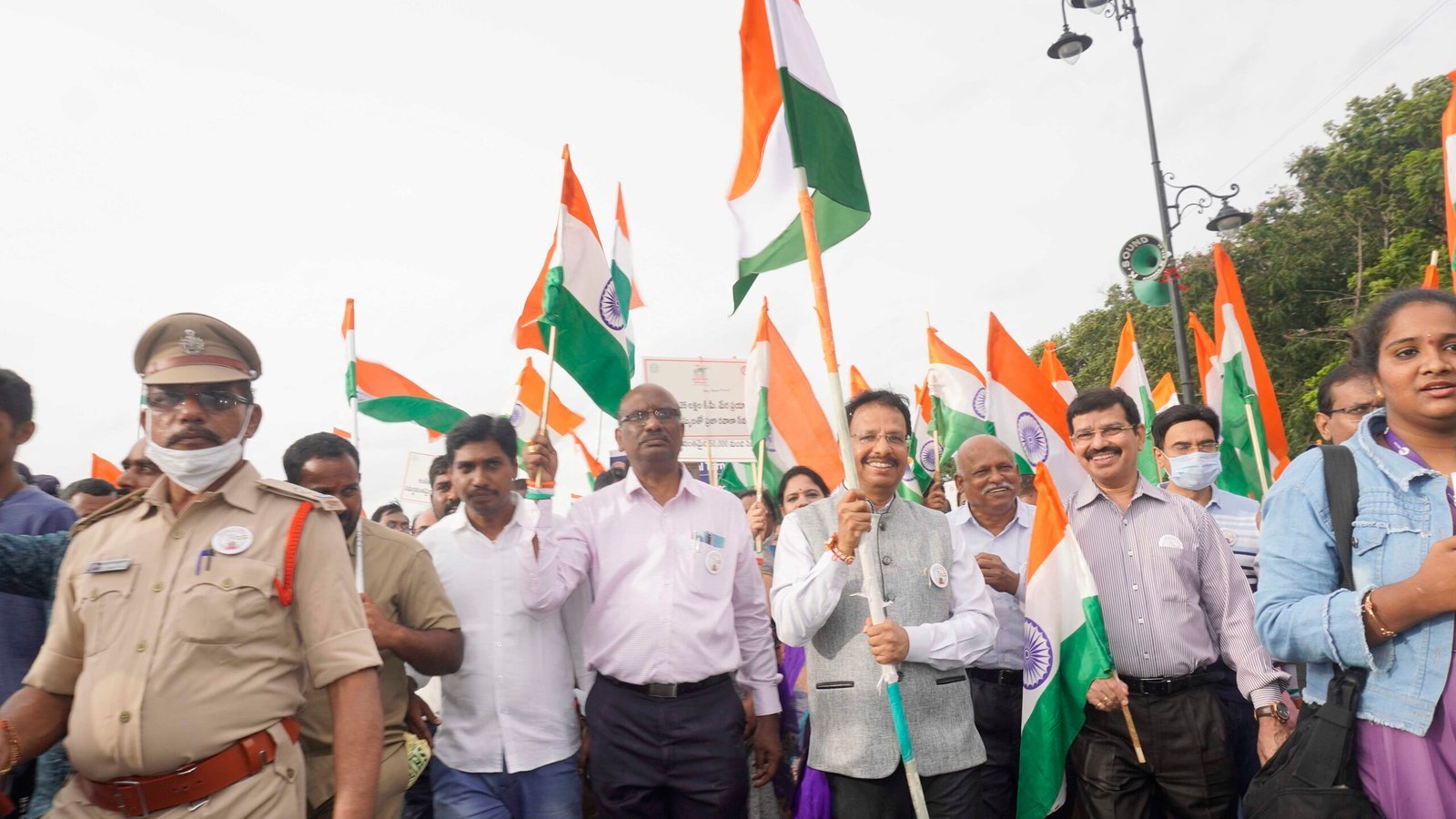 In addition to the above event, as a mark of pride and respect, the two oldest employees of TSRTC joined and worked in NSRRTD((Nizam State Rail & Road Transport Department), which is now known as TSRTC.

The RTC in Telangana State was first established as NSR-RTD (Nizam State Rail & Road Transport Department), a wing of Nizam State Railway in the erstwhile Hyderabad State, in 1932, with 27 buses and 166 employees.

The two RTC veteran employees who are aged 94 and 97 and who worked in the pre-Independence era will join the flag hoisting event on August 15th at Bus Bhavan, the Corporate Headquarters of TSRTC in Hyderabad. It is a great honor bestowed by TSRTC on two TSRTC

Mr. Narasimha aged 98yrs said to have joined NSRRTD (now TSRTC) in the year 1944 as a temporary clerk and rose to the position of Accounts Officer at the time of retirement in the year 1983 after working for 38yrs, still remembers his days and passionately describes the evolution TSRTC in all these years.

Mr. Sathaiah aged 92yrs joined NSRRTD (now TSRTC) in the year 1946 as a temporary office boy and retired as the Assistant Stores Keeper in the year 1988 after working for 41yrs in the corporation passionately remembers the glorious years of TSRTC and is still emotionally connected to the corporation.

It is one of the unique events and opportunities for all in TSRTC and for the public to know that TSRTC as a corporation has a long history and has impacted the lives of many in the state including the employees in TSRTC.

Mr. Narasimha and Mr. Sathiah expressed their deepest gratitude to TSRTC management for remembering them on this occasion and giving them an opportunity to not only participate in the historic event but also to show that TSRTC continues to care for their employees and recognize the services rendered to the corporation.

Mr. Bajireddy Govardhan, Hon’ MLA & Chairman TSRTC, and Mr. Sajjanar, VC&MD will facilitate both Mr. Narasimha and Mr. Sathiah during the occasion and urge all employees and families to continue to serve the corporation and the public in the years to come.